Award winning author of Dragonkeeper and the Ramose series

The Books Go Walkabout team have worked with Carole in schools in different places across the world, either through visits or on virtual platforms. She is amazing with students and loves to discuss the way stories unfold from, beginning ideas, to a story sequence and the unfolding of narrative and characters.

Her award winning series of books called Dragonkeeper are set in Ancient China during the Han Dynasty. A slave girl saves the life of an ageing dragon and escapes her brutal master.

Pursued by a ruthless dragon hunter, the girl and the dragon make an epic journey across China carrying a mysterious stone that must be protected.

This is the story of a young slave girl who believes she is not worthy of a name but finds within herself the strength and courage to make this perilous journey — and do what must be done.

Carole is passionate about understanding life in Ancient China, especially about dragons. She writes with huge amounts of knowledge and flair from her extensive research about the Han Dynasty (200 BCE).

Matthew Flinders was determined to complete a map of the coast of the continent we now call Australia. His maps are so accurate some are still in use today.

His story is packed to the gunwales with adventure – storms and shipwrecks, death and danger, an exciting race to beat the French – but more than this, it is a story of loyalty to his crew, love for his wife, and affection for the brave little cat who sailed with him.

“Children’s narrative nonfiction has come a long way since I was a child. Carole Wilkinson’s new book about the intrepid Matthew Flinders is a fine example of how enjoyable and instructive books in this genre can be … This is an excellent book for primary-schoolers, and for adults too.”

Putting Australia on the Map

Carol intriguingly writes about  the accident of finding Australia by explorers, as they searched parts of Indonesia to find gold, spices and a mythical land described by Marco Polo.

Putting Australia On the Map has been written and designed with the needs of both early and more advanced readers in mind. The simple language, direct writing style and examples of early cartography combine to create a fascinating explanation of why Europeans searched for and mapped Australia – a land that had been inhabited for over 60,000 years. The vibrant maps, whose styles and information change throughout the book, add another opportunity for learning and developing literacy skills.

“Carol Wilkinson excels when she discusses how the United East India Company, Dampier, Tasman and many others expanded our view of the world … Putting Australia on the Map is an engaging reference that combines two excellent sources of information – Wilkinson’s detailed narration and the astonishing maps – to tell this important part of our history. ”

Nic is left in the care of her grandfather at the remote family property that was her mother’s childhood home – a place with thirty rooms, three dogs and no mobile reception. Left to her own devices, she searches for clues about her mother – who died the day Nic was born.

But when she learns that she can slip through time, Nic discovers more than she could have imagined. The past holds a dark and shocking secret that haunts the land and the people who live there.

“Carol Wilkinson tackles many issues that students may not have had the opportunity to address or explore – the atrocities that occurred to Australia’s indigenous population when white settlers came, the erasure of these stories from our history books and to a much smaller extent the lack of women’s stories throughout historical records, too. It’s gripping, at times confronting and I highly, highly recommend it for all English classrooms from grades 5 to 8.”

The Dragonkeeper Trilogy- the skills of story writing Year 5/6

The research of a story based on historical facts is important. As the story will be fictional the intrigue will be in the adaption of ideas and surmising a plot and story around known events and characters.

Carole’s first idea was about wanting to write a story about Ancient China, how it was set in a time span and looking at the characters and lives of people at that time.

Carole has a well-documented explanation about collecting her idea for the Dragonkeeper series on her web site under ‘Research’.

Some starter points we use in schools.

Transport your reader to that place in your mind, let them see what you see and feel what you feel. What does the dragon feel like, are his scales hard or rubbery, is his spine wobbly and what does his horn and fins feel like?

In a picture with a man and a dragon, there is the feeling that the dragon has curled himself into the same size as the human, is he like a pet or a friend and companion? The man is rich and elegant and carries a staff not a sword.

Looking for clues, i.e. servants in the Han dynasty were not allowed to look into people’s eyes, look carefully at the images.
Develop the thoughts for the story, i.e. – in China, this is the only country where dragons are friendly.

They make the rain and are essential to life, they don’t breathe fire, they breathe mist, and they sleep through the winter in deep water and are brought out of hibernation at Chinese New Year with the loud banging of drums and cymbals. They have favourite foods, roast swallow, they fly through the air but do not always have wings. They are the colours of red, yellow, and green, black and white.

Some of the testimonials for Carole’s work in schools show how her visits are of great benefit and also great fun.

“The story explores themes of trust, courage, power, greed and love in a meticulously researched setting. It is a story that informs as it delights and leaves the reader with a yearning to know more.”
— Judges’ Report 2004, Children’s Book Council of Australia, 2004

“During the whole of the story, my eyes were glued to the book, not even stopping to eat! I recommend it to any reader of any age.”
— Frank P

“Last night I finished reading the Dragon Keeper to [my children]. It is not often that everyone in our family has enjoyed a book so much. Thank-you for some beautiful writing.”
— Michael F

Other Recent books include…

Atmospheric, which is available in Australia. Carol writes with passion about climate change and students will know they are the key to the solution.

Ten Pound Pom is the story of Carole’s immigration into Australia. A great story about a very special time.

“Between 1945 and 1982 around one and a half million people emigrated to Australia under an assisted migration scheme. I was one of them. When I was 12 years old, my family and I travelled on a P&O liner visiting exotic ports on a 12,000-mile trip of a lifetime. For my parents, the cost of the voyage was 10 pounds each. My brother and I travelled for free”. Carole Wilkinson

Carole travels and delivers talks and lectures on her books in her home country of Australia, and also in China.

“I didn’t start writing until I was quite old — nearly 40. Before that, I worked as a laboratory assistant. My jobs involved working with a lot of blood and brains. You might think this sounds a bit gory, but I quite enjoyed working in a laboratory. The trouble was I always had this niggling feeling that it wasn’t what I was meant to be doing.

One day I realised what I’ve always wanted to be—a writer! I don’t know why it took me so long to work that out. When I was at school in the 1960s (a very long time ago) it didn’t sound like the sort of thing a girl from Port Adelaide could ever do, so I suppose I didn’t think of it back then. Once I’d decided to try and become a writer, I went to university.

I wrote lots of things at university including my first novel. I didn’t think it was very good. I showed it to a friend who worked in publishing. I don’t think she thought it was very good either, but she must have seen some potential because she asked me if I could write a teenage novel.

‘Yes,’ I said, when actually I was thinking ‘Are you serious? Of course I can’t!’

I’d never thought about writing for young people. I tried to think of a story. My daughter was at high school, and something she was doing at the time gave me an idea. My friend liked my idea. So I went ahead and wrote the whole novel. That was my first published book. It was published in 1996 and was called Stagefright.

I sometimes wish I’d started writing when I was younger, but then I think things have worked out okay. I find that I have lots of ideas and so far I’ve never had ‘writers’ block’ (touch wood).

I might have got a late start, but I’ve been trying to make up for lost time. I’ve written 30-odd books, some short stories, a tele-movie and some TV and planetarium scripts.”

See our past newsletter?

Our June newsletter is here.

Our May newsletter is here.

The Book Monitor- books from across the world 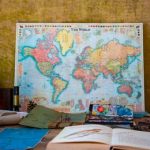 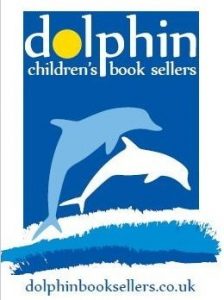 QR code to our Podcast 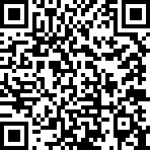 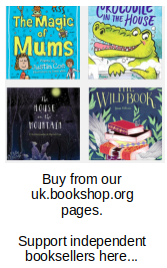 You can find BgW here…

We look forward to hearing from you…